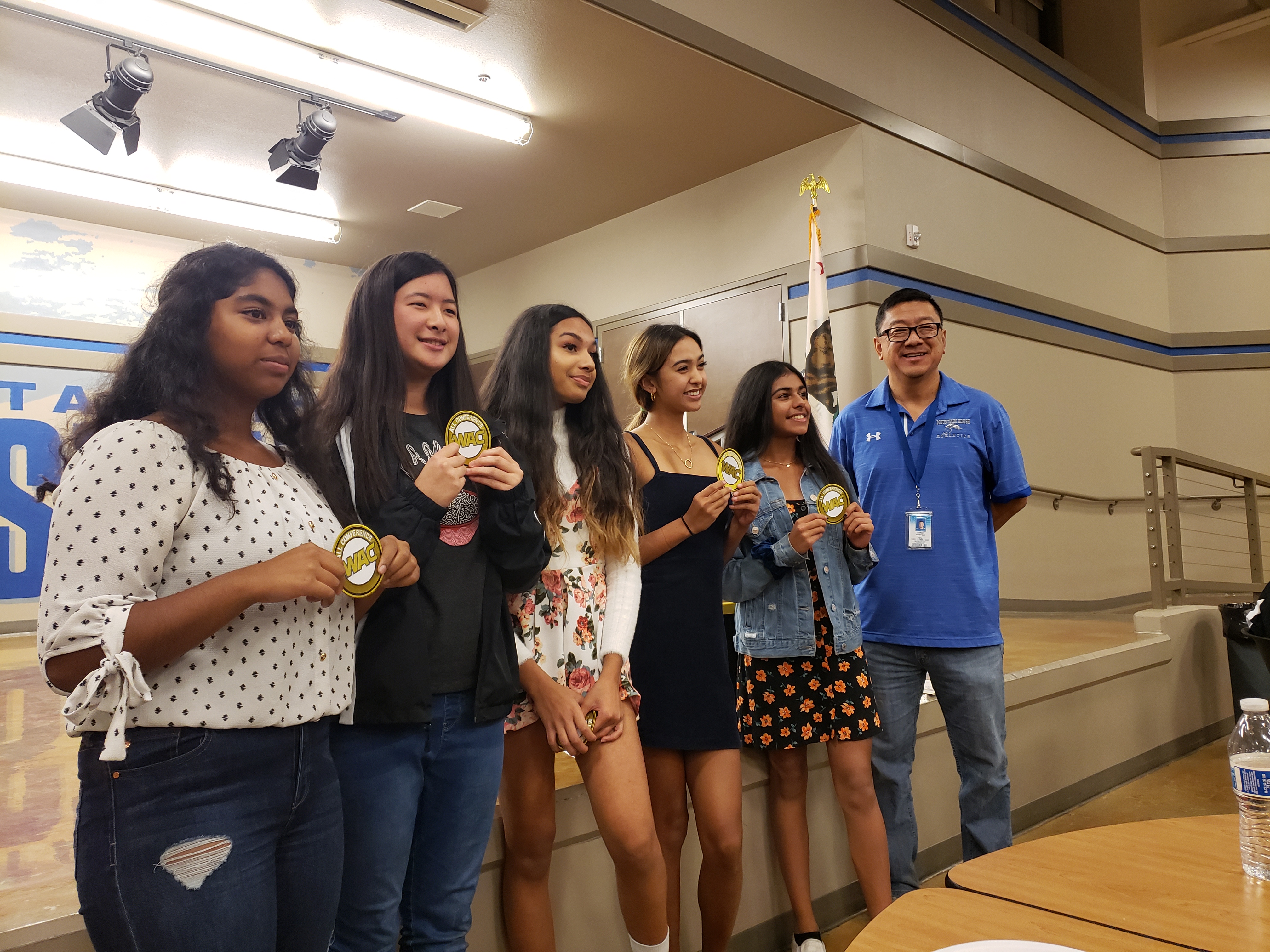 The Lady Mustangs Varsity Tennis Team concluded its second season on Monday November 18 at their awards banquet. The Lady Mustangs became the first MHHS team to win a second league championship and also first to win back to back league championships (undefeated in both seasons). Five players, Sana Patel, Elyse Low, Saanvi Chilakapati, Malvika Seth and Bella Bucoy (pictured), won All-League awards while head coach Andy Su was voted as Coach of the Year by the leagues other coaches for the second straight year.

Sophomore Sana Patel, who became the first tennis player from MHHS to win the league singles tournament, also was named the team’s MVP. Seniors Ifesinachi Ikechiku and Crytal Chum were recognized for their contributions to the team and a scholarship was established in their names and given to them and will be given annually to one or two future graduating seniors from the tennis team.