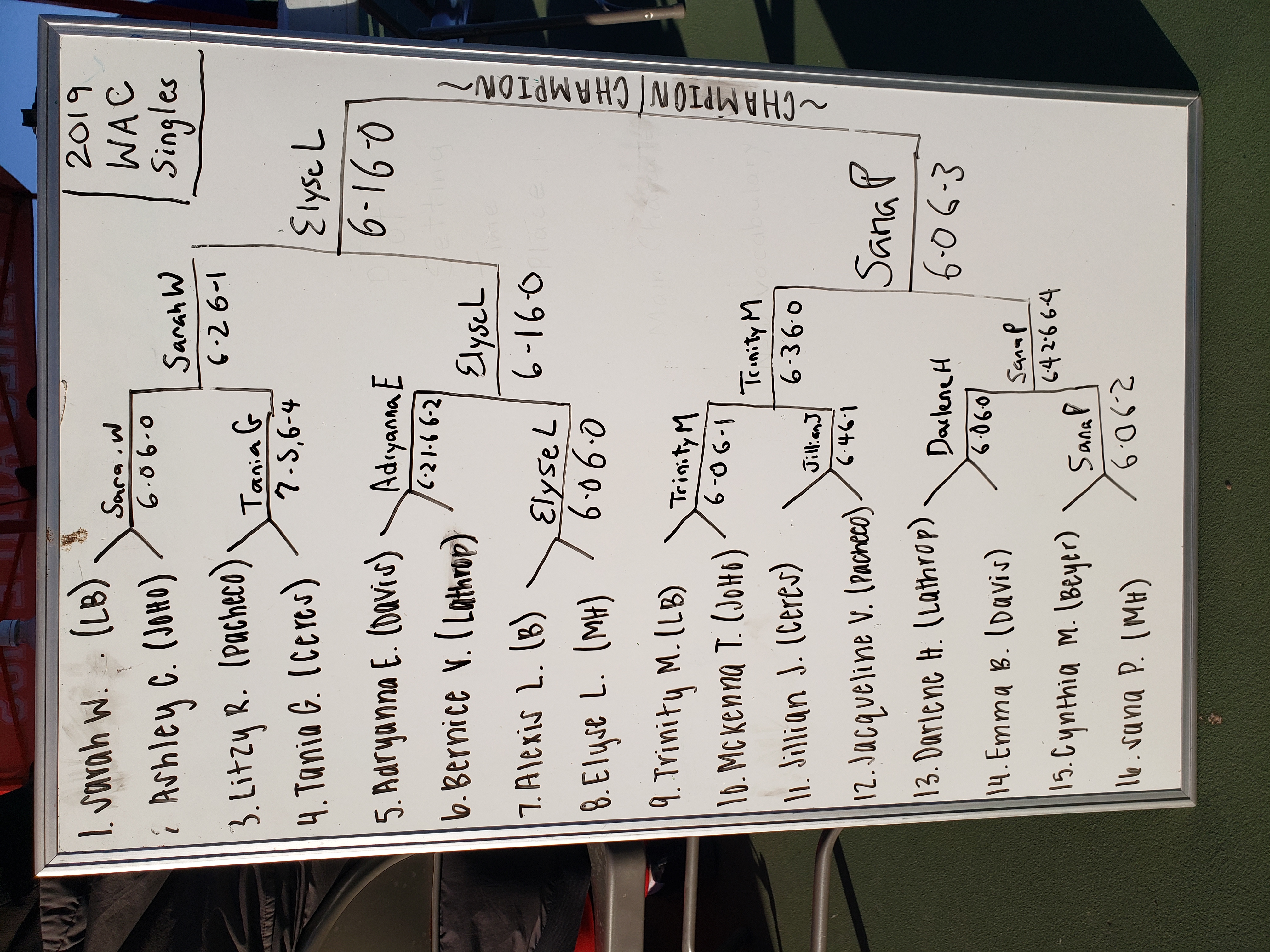 The top 2 players (16 total) from each school (except for Los Banos as league MVP Kierstyn Cotta was ill and unable to play) competed in the WAC’s (Western Athletic Conference) singles tournament on Monday at Ceres High. It was a long day for both of our girls, Sana Patel and Elyse Low, but in the end, both of them won all 3 of the matches to set up a date in the finals with each other on Wednesday.
Elyse Low beat Alexis Luna of Beyer in the first round 6-0, 6-0.  Then she beat Adryanna Ege of Grace Davis in the quarterfinals 6-1, 6-0.  In the semifinals, in a highly anticipated rematch against Sarah White of Los Banos, who beat her in 3 sets at Los Banos, Elyse dominated the match from the get go and won 6-1, 6-0.
Sana Patel had a much tougher road to the finals.She won her first round against Cynthia Madrigal of Beyer 6-0, 6-2.In the quarterfinals, she had to fight hard to defeat Lathrop senior Darlene Hoang 6-4, 2-6, 6-4.In the semifinals, she won easily over Trinity Meza of Los Banos 6-0, 6-3.
Our top 2 doubles teams (to be determined) will compete in the doubles tournament on Wednesday also