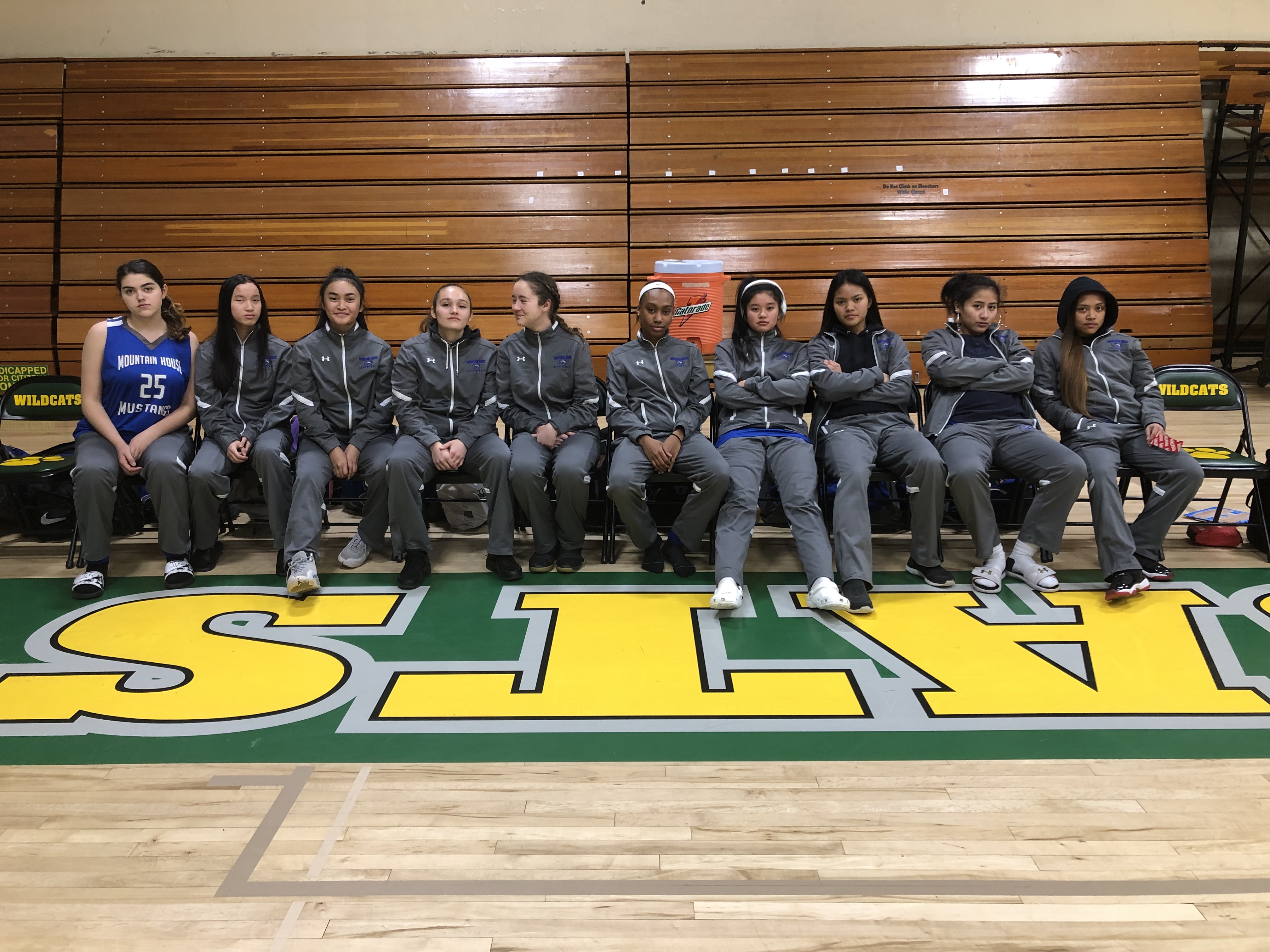 This was an up and down game with both squads answering the opponents run. The Mustangs led 38-34 at halftime on a 5-0 run led junior Katelyn Larson’s key corner 3. The first half highlight was junior Kayleen Ramos taking a charge that forced her out for the rest of the half. But that charge fired up the Mustangs!

In the second half, Sonora went on a 10-0 run, but give Mountain House credit for withstanding their run and going on a 8-0 run of their own to take 46-44 lead midway through the third. It was back and forth all game that came down to the last 11.9 seconds of the game when Sonora took possession on a Mustang turnover.

Junior Natalia Moore-Raygoza led the scoring with 24 points on eight 3 pointers. Senior Andrea Garcia hit 22 points consistently fighting through double teams. Katelyn Larson hit 9 pts off the bench. Everyone played and contributed to the win with tough defense and hard work and effort.

Mountain House now prepares for Round 2 of the playoffs against El Dorado High in Placerville on Thursday February 14, 2019.

Congratulations to the Lady Mustangs!

No Events This Week

Events are added by athletic staff.
View All Events