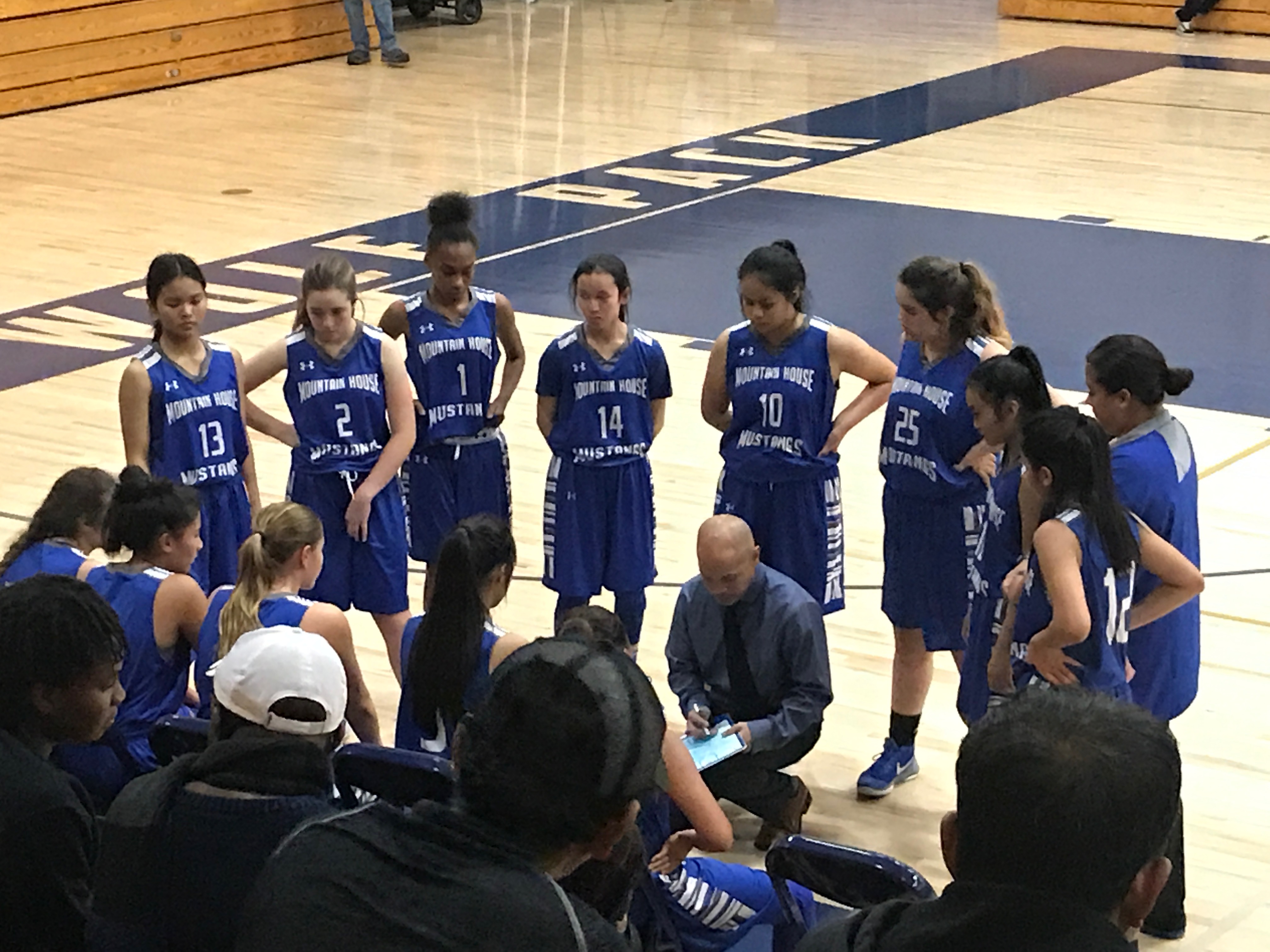 Mountain House found themselves down 17-6 by the end of the first quarter. They had more competitive spirit in the 2nd quarter but were down 32-17 at the half, a deficit they were determined to overcome.

They gained momentum in the third quarter with a 19-10 run led by the scoring drives of senior Andrea Garcia and timely shooting of junior Natalia Raygoza-Moore. Down 42-36 to start the fourth, the Mustangs rallied within two points 44-42 midway through the fourth. When Garcia was forced to leave the game due to leg cramps, the Mustangs fought valiantly for loose balls and deflections. When Garcia re-entered the game, the Lady Mustangs kept competing against a West High squad led by Melisa Toilolo, Alexis Croffet and Alyssa Chan. When West High iced the game with 4 made free throws, the Mustangs comeback fell short with a final score of 56-47.

Mountain House will fight on at their next game Wednesday November 28 at Kimball High.