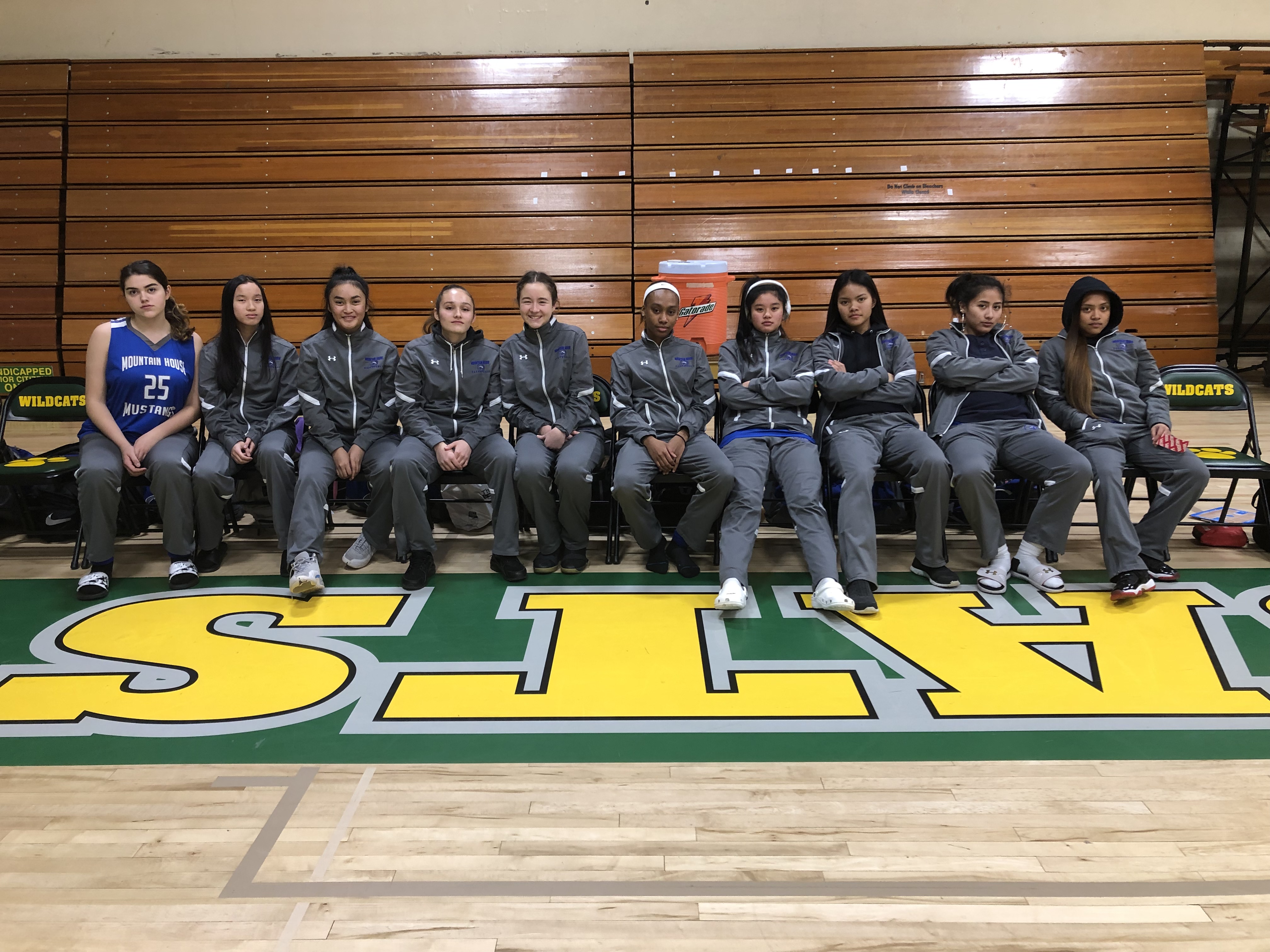 This was an up and down game with both squads answering each others runs. The Mustangs led 38-34 at halftime on a 5-0 run led junior Katelyn Larson’s key corner 3. Another first half highlight was junior Kayleen Ramos taking a charge that forced her out for the rest of the half, but fired up the Mustangs to play even harder.

It was back and forth in the fourth quarter. Junior Natalia Moore-Raygoza hit two 3’s and Andrea Garcia hit one of her own that staved off the Wildcats. The Mustangs had the ball with 23.3 seconds and Sonora was forced to foul multiple times. They ended up tying up Moore-Raygoza for a jump ball, giving Sonora possession with 11.9 seconds left in the game.

Junior Natalia Moore-Raygoza led the scoring with 24 points on eight 3 pointers. Senior Andrea Garcia hit 22 points consistently fighting through double teams. Katelyn Larson hit 9 pts off the bench. Every student on the roster who made the trip played and contributed in various ways for this historic team win. Mountain House has now advanced the furthest in the playoffs in program history.

Mountain House now prepares for Round 2 of the playoffs against #11 seed El Dorado High in Placerville on Thursday February 14, 2019.

No Events This Week

Events are added by athletic staff.
View All Events