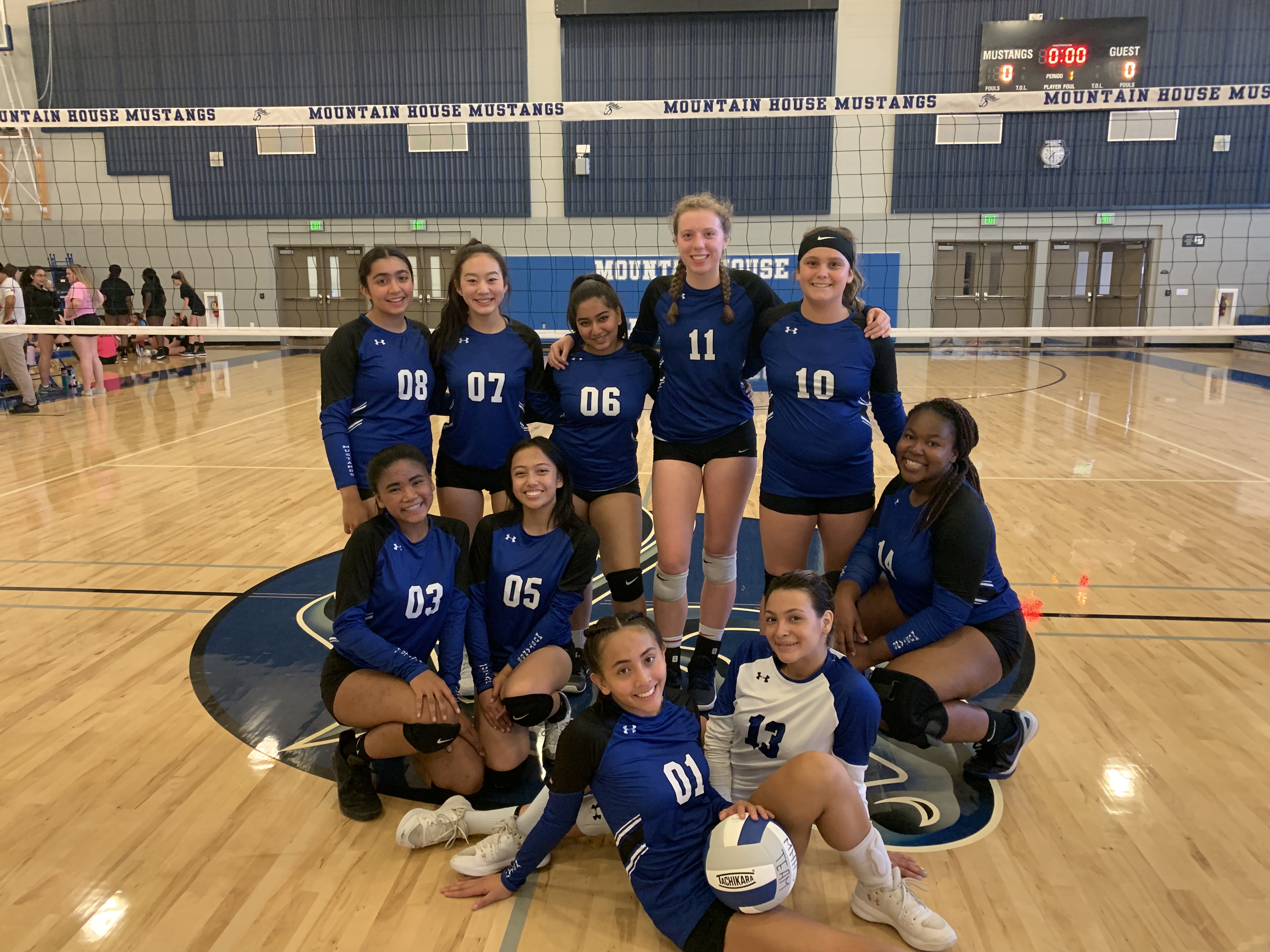 The Lady Mustangs from Mountain House kicked off their pre-season with a 3-1 over Weston Ranch. Lady Falcons came out surprisingly strong as they challenged Mountain House to 4 sets. Mountain House was consistent offensively as Junior #11, Helen Earle contributed 10 kills for her team and Michelle Polland and Sophomore Sharan Bhullar helped with 8 kills each. The Falcons were able to capitalize in the third set as Mountain House gave away too many unforced errors. Mountain House regrouped in the fourth game and continued to have a strong offensive game as Juniors, Adaora Kanu and Jazmine Linsangan earned their team 12 earned points combined. Final Match Scores:
25-15, 25-21, 20-25, 25-16