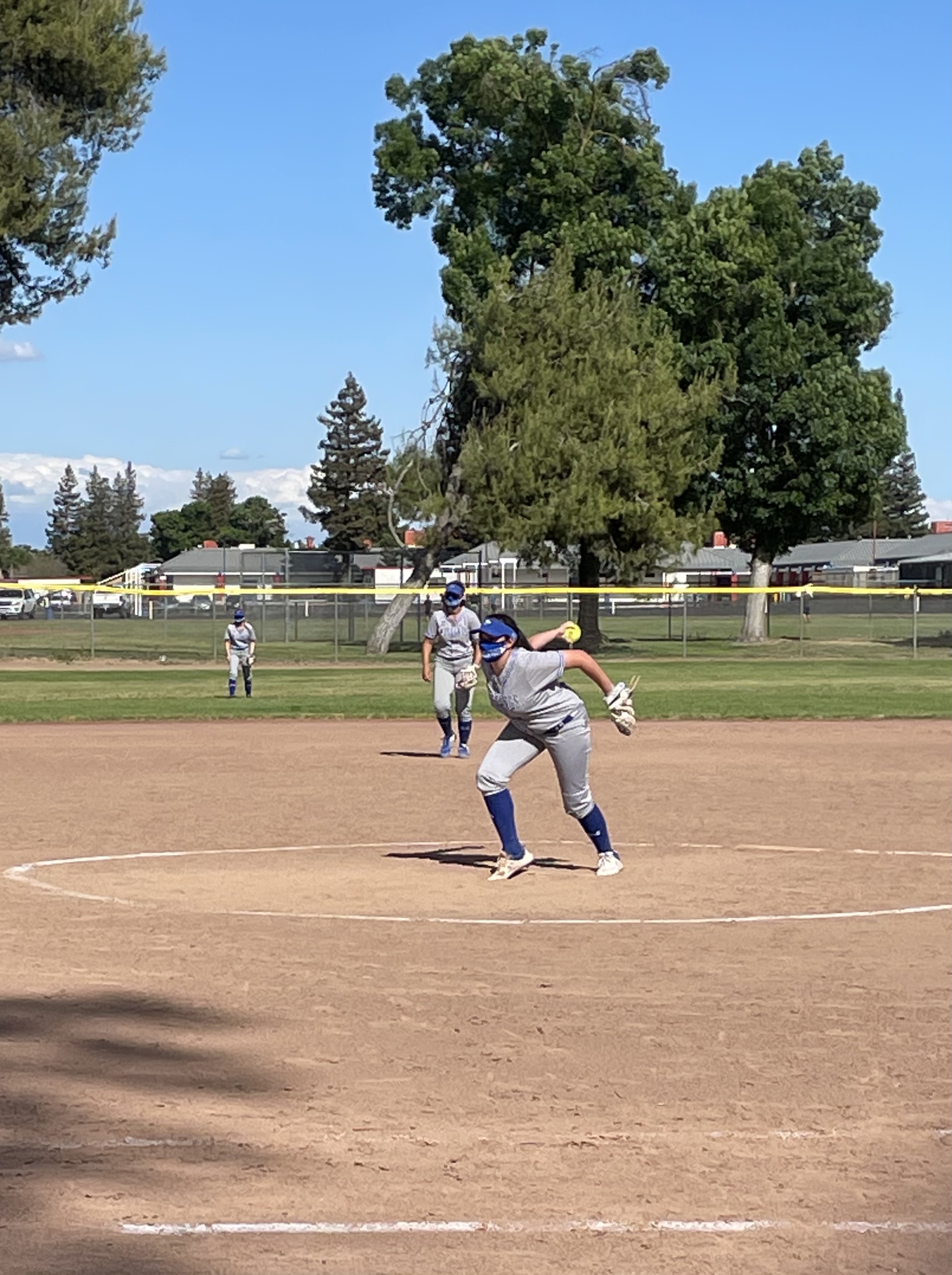 The Mountain House Mustangs lost to the Beyer Patriots 11-1 on Monday, April 26th.

Mountain House had a tough day at the ballpark. They struggled to put runs on the board. The Mustangs tried to give a final push in the fifth inning scoring their only run. Emma Fry and Alex Emerson each collected one hit in the game.

After Mountain House’s first doubleheader action concluded, they are now 2-2 in league play. They look to take on another league game on Wednesday, April 28th at home.